I have collaborated with my friend Dan Bernier to build public art installations out of cut up pieces of pool noodles. This strange obsession started in 2014 when we built a low-resolution portrait of Marilyn Monroe above the elevator in the coworking space called the Grove in downtown New Haven. (See my other gallery for a more recent tapestry we built for an illuminated window display in downtown New Haven.) 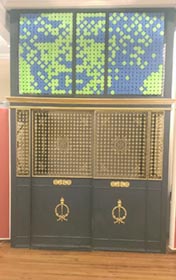 After our success with Marilyn, we went big for our next project: 25,352 pieces of pool noodles were installed on the windows of the Goffe Street Armory, as part of the City Wide Open Studios event. The theme for CWOS that year was "Dwelling," which we responded to by creating images of animals that have been domesticated. 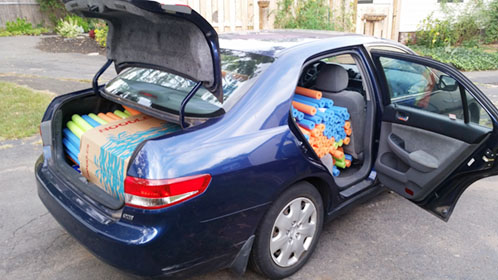 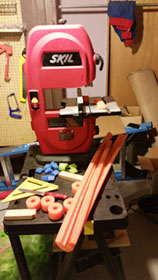 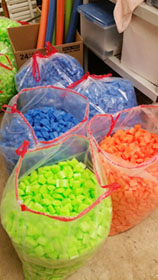 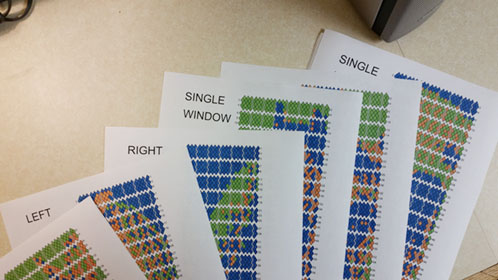 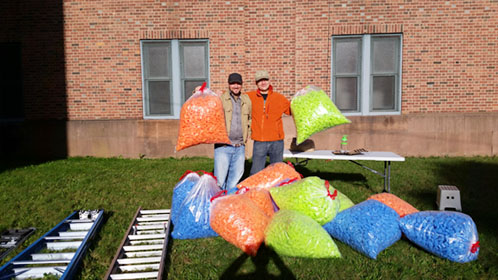 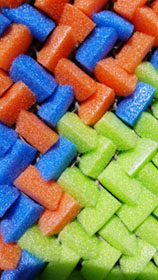 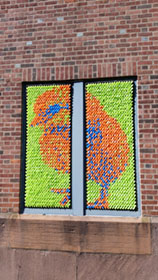 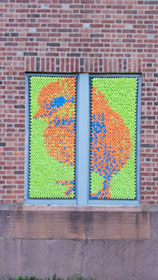 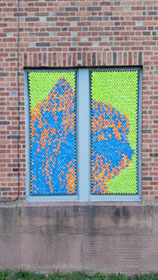 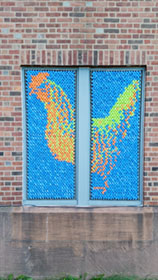 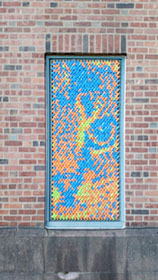 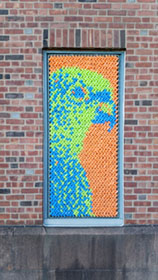 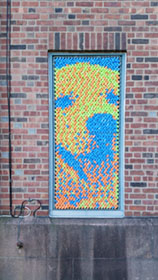 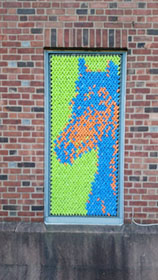 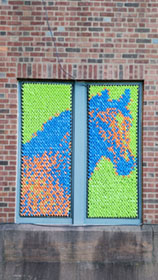 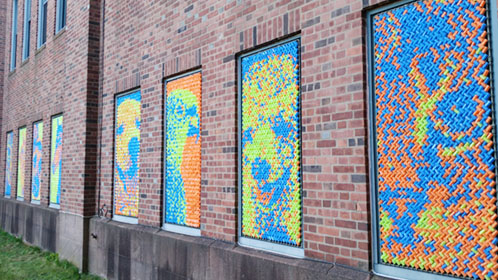 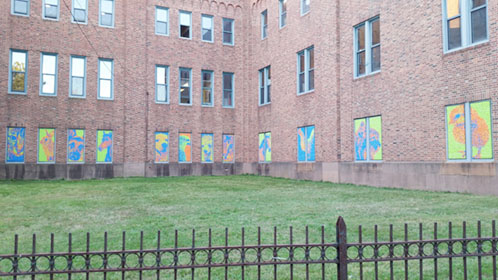 We again worked on windows of the Armory building in 2017, this time focusing on large images of botanical objects, spread out over multiple windows.